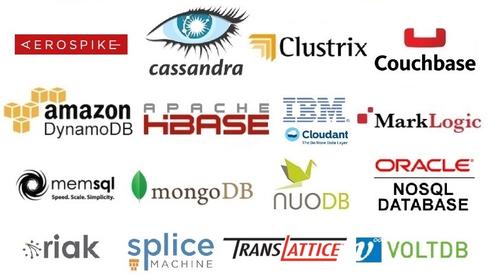 Why are businesses increasingly choosing alternatives to the leading relational database management systems when grappling with new data types and extreme scale?

We put that question to Bryson Koehler, CIO of The Weather Company, which is using a NoSQL database, Riak, as the foundation of a cloud-based weather prediction and forecasting system handling 20 terabytes of data per day. His answer was emphatic:

That’s as strong an endorsement as you can get for NoSQL in a high-scale cloud deployment. We’ve heard equally positive comments about the flexible, schema-agnostic data-handling characteristics and ease of development offered by products like MongoDB and Couchbase. These guys get mobile, social, clickstream, and sensor data, proponents argue, and they might note that adding JSON support to a conventional database is like putting lipstick on a pig.

If there’s one complaint raised, it’s that NoSQL products, well, don’t speak SQL, a mature language that supports all sorts of transactional and analytical capabilities. Enter NewSQL, an emerging category populated by vendors like Clustrix, MemSQL, VoltDB, and others that promise the global scalability of NoSQL without giving up SQL.

To date, NewSQL options have been far less popular than the NoSQL options, in part because they are very new, but also because a relational approach and data flexibility aren’t easily combined. What’s more, NewSQL vendors face more competition from old SQL vendors and complacent customers who give familiar products the first crack at solving new problems. That’s an expensive mistake, argue the NewSQL vendors.

This collection offers a closer look at 16 notable NoSQL and NewSQL database management systems that deserve a closer look. Excluded from this portfolio are graph databases, which serve a very specific network-analysis role and do not serve in the same broad transactional role as these NoSQL and NewSQL databases. Also excluded are hugely popular products including Redis and Memcached, which tend to serve as data-caching tiers rather than as durable data stores. Read more