Introduction to Apache Hive and Pig

Apache Hive is a framework that sits on top of Hadoop for doing ad-hoc queries on data in Hadoop. Hive supports HiveQL which is similar to SQL, but doesn’t support the complete constructs of SQL.

Hive coverts the HiveQL query into Java MapReduce program and then submits it to the Hadoop cluster. The same outcome can be achieved using HiveQL and Java MapReduce, but using Java  MapReduce will required a lot of code to be written/debugged compared to HiveQL. So, it increases the developer productivity to use Hive.

To summarize, Hive through HiveQL language provides a higher level abstraction over Java MapReduce programming. As with any other high level abstraction, there is a bit of performance overhead using HiveQL when compared to Java MapReduce. But the Hive community is working to narrow down this gap for most of the commonly used scenarios.

Along the same line Pig provides a higher level abstraction over MapReduce. Pig supports PigLatin constructs, which is converted into Java MapReduce program and then submitted to the Hadoop cluster. 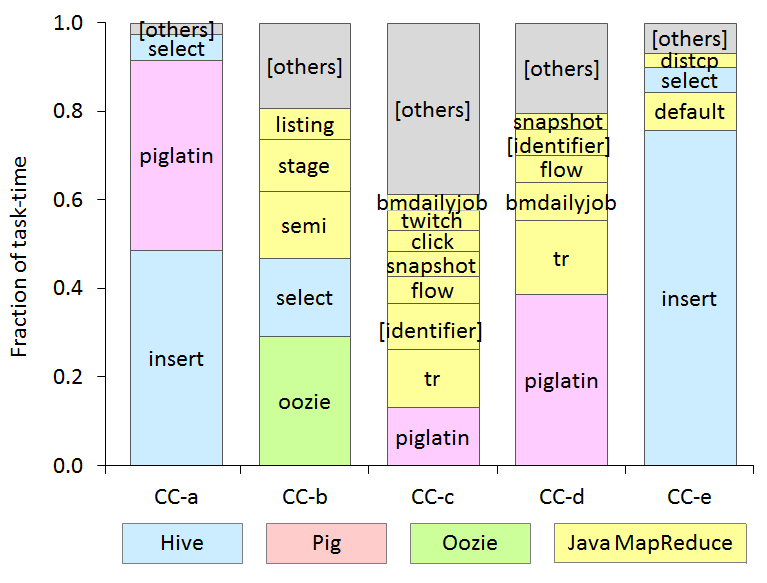 Some time back, Cloudera published statistics about the workload character in a typical Hadoop cluster and it can be easily observed that Pig and Hive jobs are a good part of the jobs in Hadoop cluster. Because of the higher developer productivity many of the companies are opting for higher level abstracts like Pig and Hive. So, we can bet there will be a lot of job opening around Hive and Pig when compared to MapReduce developers.

For real time response requirements, Hive and Pig doesn’t meet the requirements because of the earlier mentioned batch oriented nature of MapReduce jobs. Cloudera developed Impala which is based on Dremel (publication from Google) for interactive ad-hoc query on top of Hadoop. Impala supports SQL like query and is compatible with HiveQL. So, any applications which are built on top of Hive should work with minimal changes with Impala. The major difference between Hive and Impala is that while HiveQL is converted into Java MapReduce jobs, Impala doesn’t covert the SQL query into a Java MapReduce jobs.

When looking for an IT outsourcing software development company, customers pay attention ...

Video content is now more popular than ever. A lot of different businesses ...