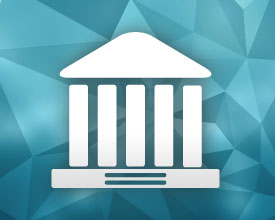 As federal agencies gear up for a series of major IT transitions, a majority of government network managers say that their government software systems lack the capacity that will be required to meet the additional load that cloud computing, big data and other looming initiatives will entail.

In a new survey by the government IT group MeriTalk, underwritten by the networking vendor Brocade, 59 percent of the technology workers polled said that those initiatives, if deployed today, would reach or exceed their agency’s network capacity.

“Networks are the backbone of IT delivery in federal agencies, just as they are in the enterprise,” Anthony Robbins, vice president of Brocade’s federal division, said in a statement. “As such, agencies need to take steps to prepare for increased network demands now — this includes ensuring networks are modernized to open standards and robust enough to handle the traffic.”

The ‘Big Five’ IT Transitions Threatening to Overwhelm Federal Networks

The authors of the survey identified what they call “the big five” IT transitions that threaten to overwhelm federal networks: cloud computing, big data, security, mobility and data-center consolidation, each identified by the White House as priorities in an overarching push to overhaul the federal government’s roughly $80 billion technology operations.

The resulting surge of traffic is expected to increase network load by 79 percent. As a result, 84 percent of the 200 survey respondents said that if all five IT initiatives were fully deployed today, their agency would be at risk of a network bottleneck. A scant 12 percent said that their agency is completely prepared for the infrastructure demands of the big five.

Beyond the expected capacity crush, network managers anticipate that the new IT initiatives will bring added challenges in the form of security risks, cited by 70 percent of respondents, as well as bandwidth limitations (cited by 54 percent), network latency (46 percent), and storage limitations (42 percent).

Large majorities of the respondents indicated that their agency plans to press ahead with each of the big five transitions the survey considered within the next two years.

Broken down, 99 percent of respondents said they have already deployed a new security initiative or will do so by 2015. Ninety-two percent said the same about mobility; 90 percent are planning to move on data-center consolidation in that time frame, 78 percent with big data, and 76 percent with cloud computing. By Kenneth Corbin Read more