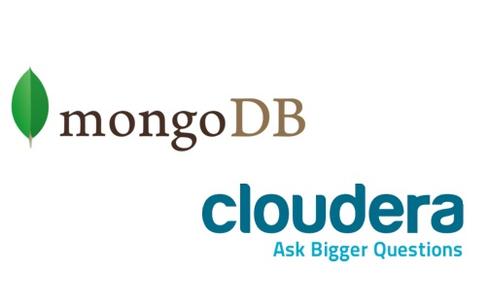 Hadoop specialist Cloudera announced a strategic partnership with MongoDB this week that will allow Cloudera customers to store Hadoop data in their NoSQL MongoDB databases. The move is a huge win for MongoDB, which is quickly emerging as one of the most popular databases in use today.

The news comes one month after Cloudera secured another $160m in funding from, T. Rowe Price, Google Ventures, and MSD Capital (Michael Dell’s private investment firm) among others.

Cloudera and MongoDB’s strategic partnership is in the first instance centred on a MongoDB connector for Hadoop, which provides the ability to use MongoDB as an input source or output destination for Hadoop data.

“A Hadoop-powered enterprise data hub is an alternative centre for data storage and analytics, and together with MongoDB, we empower companies to keep all of their data in full fidelity and at minimal cost, in order to power the data needs of all connected applications and IT infrastructure,” Olson added.

Max Schireson, chief executive officer at MongoDB explained that the move further cements the emerging dominance of non-relational databases over their relational predecessors, and that the partnership – by allowing customers to integrate NoSQL and distributed file systems – will help facilitate more modern application development in enterprises.

While Cloudera already offers a number of NoSQL-Hadoop connectors the partnership is a growing sign of MongoDB’s emerging dominance in IT. Just five years after the company started operating, according to research from DB-Engines, MongoDB is the most popular NoSQL database and the fifth most popular among both relational and non-relational databases. Source