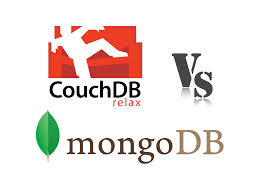 As we say, MongoDB and CouchDB are both document-oriented free and open source databases, the word “document” does not mean a word processing file or a PDF. Rather, a document is a data structure defined as a collection of named fields. JSON (JavaScript Object Notation) is currently the most widely used notation for defining documents within document-oriented databases. JSON’s advantage as an object notation is that, once you comprehend its syntax — and JSON is remarkably easy to grasp — then you have all you need to define what amounts to the schema of a document database. That’s because, in a document database, each document carries its own schema — unlike an RDBMS, in which every row in a given table must have the same columns.

In this article “MongoDB vs CouchDB“, I have tried to make a comparison between MongoDB and CouchDB and figured out following difference between these two Free, Open Source, NoSQL document oriented databases:

Data Model: MongoDB and CouchDB are both document oriented databases. MongoDB is JSON based while CouchDB is BSON based.

Triggers: MongoDB does not support triggers while CouchDB does.