10 ways to query Hadoop with SQL 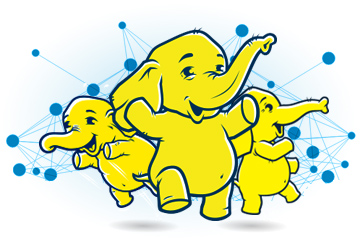 MapR produces a Hadoop distribution of its own, and the newest edition (4.0.1) bundles it with four distinct engines for querying Hadoop vial SQL. The four are significant SQL query systems for Hadoop, but far more SQL-for-Hadoop technology is out there, and they’re built to satisfy different needs and use cases, from the esoteric to the universal.

First, the four SQL engines that come with MapR:

Apache Hive: This is the original SQL-on-Hadoop solution, which tries to emulate the behavior, syntax, and interface(s) of MySQL, including a command-line client. It also includes a Java API and JDBC drivers for those with an existing investment in Java applications that do MySQL-style querying. Despite its relative simplicity and ease of use, Hive has been slow and read-only, which has provoked a number of initiatives to improve on it.

Stinger: Hortonworks, producers of its own Hadoop distribution, started the Stinger project as a way to advance development of Apache Hive and enhance its performance. The project’s most recent incarnation, Stinger.next, has “sub-second query response times” as one of its design goals, along with support for transactional behaviors (inserts, updates, and deletes). These changes are all to debut over the next 18 months, with other features like SQL analytics to follow.

Apache Drill: An open source implementation of Google’s Dremel (aka BigQuery), Drill was devised to perform low-latency querying on multiple types of data stores at once with different query interfaces (such as Hadoop and NoSQL), and to be highly scalable. Drill’s also meant to run queries within a wide range of execution times, lasting only a few milliseconds to running for minutes on end. MapR claims Drill is forward-looking, not merely backward-compatible, one of the reasons it’s elected to put its own development efforts behind that project.

Spark SQL: Apache’s Spark project is for real-time, in-memory, parallelized processing of Hadoop data. Spark SQL builds on top of it to allow SQL queries to be written against data. A better way to think of it might be as Apache Hive for Apache Spark, since it reuses key pieces of Hive technology. In that sense, it’s an adjunct for those already working with Spark. (An earlier project, Shark, has been subsumed into this one.)

Beyond these four, six others stand out:

Apache Phoenix: Its developers call it a “SQL skin for HBase” — a way to query HBase with SQL-like commands via an embeddable JDBC driver built for high performance and read/write operations. Consider it an almost no-brainer for those making use of HBase, thanks to it being open source, aggressively developed, and outfitted with useful features like bulk data loading.

Cloudera Impala: In some ways, Impala is another implementation of Dremel/Apache Drill, designed to expand on Hive so that exiting Hive users can make the most of it. Data stored in either HDFS or HBase can be queried, and the SQL syntax is, predictably, the same as Apache Hive. But Impala’s main difference from Drill is that it’s not meant to be source-agnostic; it queries Hadoop exclusively.

HAWQ for Pivotal HD: Pivotal provides its own Hadoop distribution (Pivotal HD), and HAWQ is a proprietary component for performing SQL queries in HDFS. Consequently, it’s a Pivotal-only product, although Pivotal stumps for its parallel SQL processing and high compliance with SQL standards.

Presto: Built by Facebook’s engineers and used internally at that company, this open source query engine is reminiscent of Apache Drill in that it’s source-agnostic. It can query both Hive and Cassandra using ANSI SQL commands, and developers can extend the system by writing connectors for it using its service provider interface. Some data-insertion functions are supported, but they’re still very basic: You can’t perform updates, only inserts.

Oracle Big Data SQL: It was only a matter of time before Oracle released its own SQL-querying front end for Hadoop. Like Drill, it can query both Hadoop and other NoSQL stores. But unlike Drill, it’s Oracle’s own product, and it only integrates with Oracle Database 12c and up, which seriously limits the market for it.

IBM BigSQL: It was only a matter of time before IBM did the same, although it announced the first technology preview of BigSQL back in early 2013. Sadly, as with Oracle’s offering, it’s tied to a specific IBM product on the back end — in this case, IBM’s Hadoop, InfoSphere BigInsights. That said, the front end can be a standard JDBC/ODBC client, and queries can include data from IBM DB2, Teradata, or PureData Systems for Analytics instances. Source