Big data skills will lead to big IT jobs 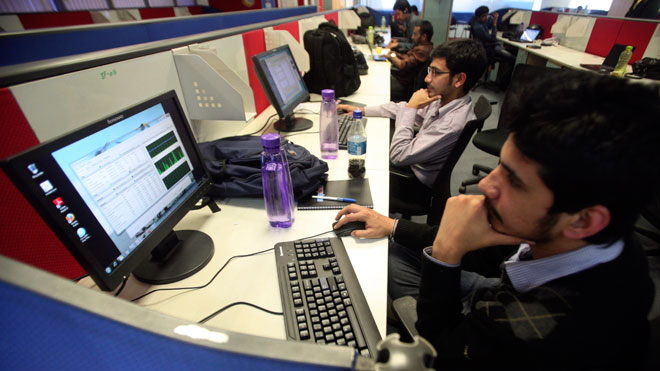 How big is big data? Scratch the surface and the figures are quite astonishing. A study at the end of last year by research group IDC predicts the digital universe will reach 40 zettabytes in size – that’s 45 trillion gigabytes – by 2020. That’s a 50-fold growth in just one decade.

This tidal wave of data will be created by many forces. From financial transactions, to medical records. Social media to communications traffic. Not forgetting the “internet of things”, where everyday machines and objects will be “connected” and capable of generating data too. The value for businesses and society in general will come from the ability to make sense of this mass of information.

Few would argue that technology has raced ahead of the ability to analyse the information we generate. In fact, IDC says that less than one per cent of the world’s data is currently being analysed.

So what will change over the next decade?

One of the essential shifts will come with the emergence of new talent: the rise of the data scientists. These people will be as much in demand as the software developers of the dot-com boom and the Wall Street maths wizards of the Eighties.

Data scientists will bring a vital mix of technical coding skills, physics and maths PhDs, and more esoteric expertise in fields such as astrophysics. They will have a natural curiosity, a creative streak and a strong business sense.

In fact, that potent mix is already making its mark on today’s big web businesses.

In the early days of LinkedIn, for example, it was a data scientist who spotted the need for better information analysis to predict and help build people’s networks for them. That way, LinkedIn did not just become a place to store existing address book contacts. One of its key features – “people you may know” – was born through persistence and the insight of a data scientist. As a result, the company has not looked back.

The big question is where we will find the people who will be able to translate this mass of data and so allow businesses to develop new services, improve customer service and build revenue. McKinsey is forecasting that the US will face a shortage of up to 190,000 data scientists by 2018.

And big data and analytics is just one area of technology where we are facing skills gaps. Here in the UK the decline in students with maths, science and computer skills is an extremely worrying trend.

A study by the Royal Academy of Engineering shows that British industry will need 1.25 million new graduates in science, technology, engineering and maths subjects between now and 2020 to maintain current employment numbers in an ever-evolving market. This skills gap is something that government and UK business must do more to address if we are to remain competitive in a world of big data. Source