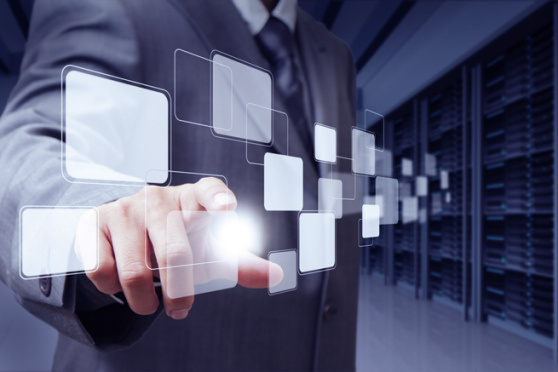 Heading into 2016, the business intelligence (BI) landscape is one very much in flux. Big Data, cloud services, predictive analytics, and data science are continually innovating spaces that each feed into BI, constantly changing the role it plays within enterprises and a growing number of small to midsize businesses (SMBs).

“In the coming year, self-service analytics will evolve beyond just self-service for analysts. There will be self-service information for the masses delivered not through tools but through purpose-built interfaces and apps. Just as the ATM in banking evolved from a cash-dispensing machine to a full transaction and account management terminal, so too will self-service mature and spread to the masses.” -Dr. Rado Kotorov, Chief Innovation Officer at Information Builders

“There will be an emphasis on tools that will create more powerful graphics and, in particular, more advanced cloud authoring capabilities. While this will satisfy the data engineers, the industry will continue to struggle with user-friendly tools for the occasional consumer. Business analytics in the SMB space will slowly begin to move away from the traditional compliance reporting involving rows and columns to visualization snippets in the form of dashboards for browser-based applications, and simple graphical elements on mobile devices and tablets.” -Chuck Vigeant, M.Ed, President at Clearify

“BI and visualization solutions that don’t support users moving from device to device, often and at speed, will not deliver the kinds of experience people want, including governed data discovery. Governed data enables users to ask ‘why?’ frequently throughout the discovery process, rather than questioning whether the data is correct when the report is submitted. Since everyone is using the same information, more efficient, accurate and timely decisions will be made.” -James Richardson, Business Analytic Strategist at Qlik.

In 2016, companies move towards an even broader use of [software-as-a-service] SaaS apps to complement or replace enterprise applications and, as mobile apps continue to multiply, the need for APIs and cloud connectivity will grow, with an increased emphasis on better developer tools and productivity.” -Mark Palmer, SVP of Event Processing and Integration at TIBCO Software Inc.

“Data is everywhere and essential for businesses to live, grow, and thrive. In 2016, we will see the onset of ‘wars’ over access and usage rights over data, and monopolistic behavior from several companies seeking to restrict the ability of consumers and businesses to manage its free flow.” -Paul Weiskopf, Senior Vice President of Corporate Development at Domo

“The Internet of Things [IoT] will create new opportunities for data visualization and real-time analysis. BI tools capable of delivering on data from connected devices will thrive, and advanced analytics will not just be for data scientists anymore. With [the R statistical programming language] and predictive capabilities becoming pervasive through data analysis and visualizations, the realm of machine learning will become accessible to a broader group of regular people.” –James Phillips, Corporate Vice President of Microsoft’s Business Applications, Platform, and Intelligence (BAPI)

“Big Data analytics will play a pivotal role in the way various departments in a business, particularly sales and marketing, function. We can already see companies investing in this area. With monthly, user-based BI pricing getting as low as $10, more SMBs will start using sophisticated BI tools instead of just relying on spreadsheets.” -Raju Vegesna, Chief Evangelist at Zoho

“Mobile analytics has grown up and moved out. It’s no longer just an interface to legacy BI products. In 2015, products with a fluid, mobile-first experience began to emerge. Working with data out in the world is going from being a chore to becoming a dynamic part of the analytics process.” –From Tableau’s Top 10 Business Intelligence Trends for 2016

“2016 will be the year of big SQL when even the largest sets of data can be analyzed using SQL-based technology. In 2015 and prior, the talk was around Hadoop’s cheap storage and infinite scalability while analytics remained in the realm of SQL-based systems. In 2016, the face of analytics will change as companies can finally have it all and leverage Hadoop’s unparalleled power to run analytics directly in cluster thanks to the speed and flexibility of new SQL query engines like Spark and Presto.” -Frank Bien, CEO of Looker

2015 saw Amazon’s QuickSight and IBM’s Watson Analytics Service enter the BI market, along with major enhancements from Microsoft to its Power BI suite. Oracle and SAP have been in the market for years, and will look to hit back against the newer players with significant investments in revamping their BI offerings. 2016 should also bring a major update from Google for its BigQuery BI platform, and who knows, maybe Apple will even enter the fray. Source