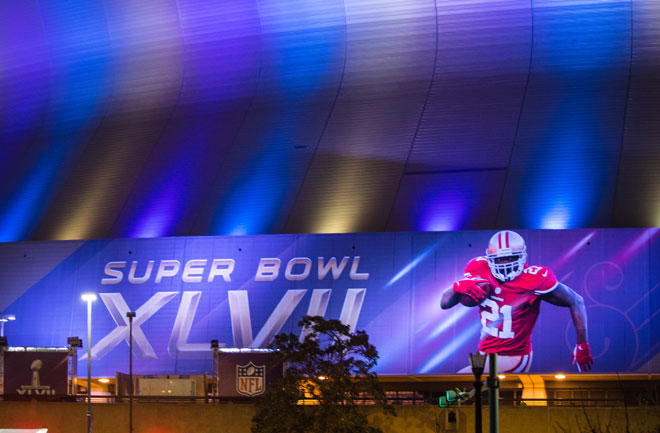 When the Denver Broncos take the field against the Seattle Seahawks, the stakes will be much higher than the outcome of a football game. Advertisements are selling for about $4 million for 30 seconds of air time. That astronomical cost will need to be worthwhile for Pepsi, Doritos, Bud Light, Jaguar and the rest.

In 2014, at Super Bowl XLVIII, it won’t be enough to show every game viewer a 30-second advertisement. Every major advertiser will be running digital campaigns around the event and those campaigns will need to be more personal and effective than anything we see during the game. The amount of data available to advertisers through those surrounding campaigns is by far the most valuable variable in the equation. Without it, those millions are likely wasted.

Digital campaigns have become the real meat of broadcast advertising and they have to be — studies have shown that only one in five commercials actually sell a product. Without full before- and after-the-game campaigns, the Super Bowl is just a really an overpriced ad slot. By building a full campaign around the game, brands are creating new followers and giving their existing followers an outlet for their enthusiasm. They’re increasing the potential consumer connection points that include social media, the Web and even in the store.

Let’s take a look at what the social media campaigns involve:

YouTube – Why wait for the game to unveil the cleverness? In 2014, every commercial is posted well before the game to drive interest and build anticipation for which will be considered the best. As users follow the brand’s channel for its creativity, they’re also being pulled into a closer relationship with the brand that affects their willingness to buy products or services. The video format of Super Bowl commercials is perfect for YouTube presentation.

Twitter – A significant number of viewers during the game will be sharing their experience on Twitter. As the commercials come on, brands will be watching the responses very closely and very likely trying to pull off what Oreo achieved last year with the blackout. Twitter isn’t as sticky as YouTube or Facebook, but a well-time promoted post along with trending hashtags can go a long, long way.

Facebook – Brands are building interest through their Facebook sites for programs like Doritos’ Crash the Super Bowl contest. Bringing people before, during and after the game to a site that connects fans with the brand. By connecting with fans on Facebook, brands have deep insight into a customer’s lifestyle and other preferences, leaving the door wide open to further promotion and offers.

All that connectedness is interesting, but the ultimate goal of the brand is to sell products and services. The Super Bowl ad plays just one part in the sequence of drawing customers closer to the brand. Parallel social media campaigns offer a change to move beyond one-way television screen to a more personal and data-enriched relationship with customers. In the age of Big Data, having the rich details about your followers through connection on social media is key to gathering enough data to perform the analytics that decide how and where to put future funds and efforts. That data also holds patterns for what motivates customers to move, whether that move is to tweet, like, share and most of all, to buy.

Enjoy the ads during the Super Bowl, but realize it doesn’t start or end with each $4 million slot. The money invested in the ad, in fact, is buying a Big Data gold mine. Via successfulworkplace.org