You are here : Big Data Analytics News » Analytics » Why Businesses That Neglect Big Data Will Be Left Behind

Why Businesses That Neglect Big Data Will Be Left Behind 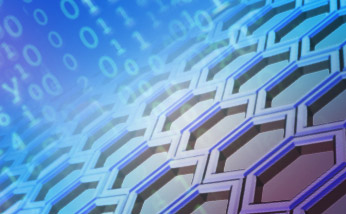 One of the great concerns of social scientists in the 21st century has been the digital divide, a stratification of society into those who have new economy skills and those who do not.

The mobile internet and cheap handsets have helped make enormous progress toward closing the digital divide, but have opened up a new rift, this time between firms who are able to use data to create value and those who are getting left behind.

To help bridge the gap, UC Berkeley’s School of Information has begun a Data Science Masters Program that will train a new breed of professionals to manage big data.  As the Web of Things becomes ever more pervasive, big data can no longer be considered something only tech companies do, but must be embraced by executives of all stripes.

A New Breed Of Businesses

We live in a disruptive age, in which the average lifespan of a Fortune 500 company is plummeting while new businesses seemingly spring out of nowhere and become multibillion dollar businesses almost overnight.

Two of the most salient examples, Google and Facebook, thought of their business as so different than what came before that they found it necessary to include letters in their prospectuses to explain their new approach, often referred to as the hacker way.  Here’s an excerpt from Mark Zuckerberg’s letter to investors:

The Hacker Way is an approach to building that involves continuous improvement and iteration. Hackers believe that something can always be better, and that nothing is ever complete. They just have to go fix it — often in the face of people who say it’s impossible or are content with the status quo.

He went on to explain that his company will eschew traditional business processes such as strategic planning and managing for shareholder return, but instead would continually experiment, shipping out new services before they were perfect and then improving them on the fly.