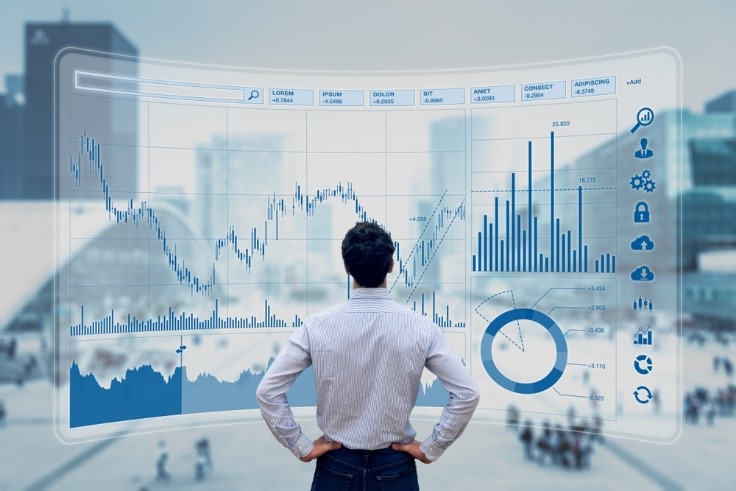 We have been hearing about how Big Data is transforming the gambling industry for the last several years, but few people understand just how profound an impact these new-fangled technologies have on the future of gambling. Even though it is a relatively new thing, Big Data is playing a crucial role in the day-to-day operations of gaming platforms that use their services. From revealing players’ preferences to closing holes in cyber defense, Big Data has become an unavoidable factor in the gambling industry. As more and more platforms complete their digital transformation, the impact Big Data has will only increase in the future.

What is Big Data?

Big Data is a relatively new term that has emerged in the last decade. It is used to describe an industry that deals with data collection and analysis. Everybody who spends time on the Internet leaves a digital trail behind them. Sometimes, it is as simple as a list of visited websites or Google searches. These alone are enough for data scientists to create a basic profile of your preferences. Then there are shopping habits, what products have you bought, at what price, and where. Add in commentaries you have made, any ads you may have created or answered, and your social media profiles and it gets easy to see how much of a digital footprint each of us makes. Analyzing all of this for millions, if not billions of people is a task performed by specialized software solutions, custom-built for this sole purpose. The market for these analyzes is so big that an entire new industry was born, collectively called Big Data.

For the most part, Big Data’s services are used for marketing purposes. The wealth of information we leave in our wake while browsing the Internet allows marketers to target us with ads tailor-made specifically based on our needs. Most of us have experienced this. If you search for or click on an ad for a certain product, for example, bathroom supplies, for a while majority of ads you see will be for bathroom supplies. It looks like Google can read your mind, but in fact, it is just cleverly employed Big Data analyses of your behavior on the Internet. This is just one benign example, but that same analysis can be used for far more nefarious purposes. That is why several governments are discussing possible legislation that will limit data gathering from its citizens.

Ever since they first appeared in the late 1990s, online casinos were at the forefront of digital technologies. Considering their entire existence depends on these technologies, that isn’t really surprising. Even before Big Data was a thing, gaming clubs were keeping extensive data sets on their players, trying to determine players’ preferences, gambling odds, and other useful patterns. The appearance of specialized companies only made it easier, as they could now outsource these processes to professionals.

Unlike what George Clooney and the rest of the cast of Ocean’s Trilogy would have us believe, the biggest threat for all casinos in this digital world of ours doesn’t come from people wearing masks. Their biggest concern is cyber attacking, origination from the Internet. The help Big Data can provide goes a long way into improving decencies and preventing cyberattacks. The power to analyze risks and propose defensive measures almost instantaneously is invaluable when it comes to massive, coordinated, and well-planned attacks. Scams happening inside the clubs are also significant risk and something have been battling for ages. Big Data can offer help here as well. By analyzing behavior and pointing our errant actions, fraudsters can be detected even before they start executing their plans.

Casinos, especially online ones, fight tooth and nail over players. Acquisition of new players and retention of old ones is the most important task of any casino’s marketing department. That job has become easier since Big Data has been employed. By analyzing a vast amount of information in a short time, clubs now have a better understanding of which strategies to use to reach their players. Just determining what kind of bonuses works best is a godsend, since they are the main weapon in the war over players. Evens such seemingly trivial things, like the background color or web interface can tilt the playing field in their favor.

Keeping an Eye on Competition

Staying afloat in the gambling industry becomes harder each year. As more companies try to carve a piece of a very lucrative cake, the completion has become incredibly fierce. That makes keeping an eye on competitors a critical practice. Determining what kind of games are most popular on competitor’s sites gives casinos a chance to offer the same or similar, in an effort to draw some of their players. By analyzing bonuses competition gives to new players and measuring their impact can help us understand what works and what doesn’t when it comes to attracting new players. These are just two examples of how Big Data can help a casino keep an edge in the fight against its competition.

Analyzing thousands of players and their actions to determine which games are the most popular and what can a casino do to increase their satisfaction would be a hard task without Big Data and their supercomputers. They make detecting trends a simple matter, allowing clubs to adopt them even before they become dominant and stay ahead of the curve. The advantage this gives them over competitors lacking access to such data is huge. That is why it is nearly impossible to find a gaming platform that doesn’t use Big Data in one way or another. Those who don’t face a grim future in the gambling business. They simply can’t compete against those who utilize Big Data’s raw power.