You are here : Big Data Analytics News » Analytics » How Does the Games Industry Use Data and Analytics Techniques?

How Does the Games Industry Use Data and Analytics Techniques? 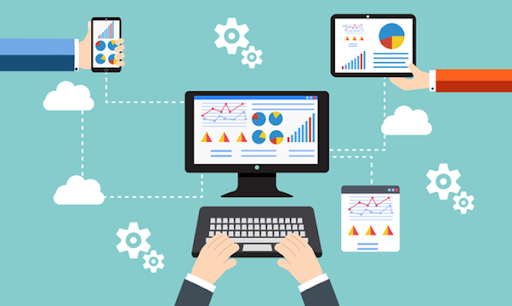 The massive popularity of gaming these days means that the best games can attract millions of players and make huge profits, both in India and internationally. This means that developers can no longer leave anything to chance when creating a new title, so how can they put the latest data analysis techniques to good use?

Working Out What People Want

The need for games that hook people in and keep them coming back for more is greater than ever before, thanks to the intense competition in this industry. In India, the likes of Garena Free Fire and Clash of Clans sit at the top of the mobile download charts. These games are carefully designed to give players the experience that they are after.

Developers carefully analyze in-game purchases such as boosted powers and extra levels, to give value for money that allows progress without making life too easy. This is perhaps easiest to spot in puzzle games like Candy Crush and Ludo King, where the developer can react to feedback by adjusting the difficulty level according to audience reaction and average time spent playing.

This can be seen in other games in the wider entertainment industry, where choice and options are offered to keep players coming back. For example, with real-money games like Teen Patti, different levels of stake and possible side bets are carefully calculated to add to what is basically a simple game. This is done in many ways, such as offering many variants of this particular game with different hooks. This gives players the option of the way of playing and winning potential that they are interested in.

Most games require the player to carry out a good strategy to be successful. While the increase in the number of open-world games around has led to more games offering the player a high degree of flexibility in their approach, there are still lots of examples of data that developers can use to gauge the difficulty level and lasting appeal of their games.

This analysis by Civis Analytics of the different strategies and player choices available in Mario Kart shows us the effect of choosing each combination of character and kart. This information is vital for serious players looking to get an advantage, but a developer could also use it to see whether the settings need to be tweaked to stop the challenge from being too easy or too difficult for average players.

With so many new games launched each month, the marketing effort on a game is also crucial. Developers need to find the right group of gamers to target with their marketing material, and the right social network or other advertising approaches to use to get to them. The launch of Pune-based SuperGaming gives us a possible glimpse of the future, as they combine games with a social platform.

Often, it is the game that is marketed most cleverly that wins the greatest market share, rather than purely coming down to the best game. Every aspect of the game and the marketing campaign needs to be right to appeal to the people that it is aimed at.

The use of analytics in gaming is sure to increase in the future, as developers become more sophisticated in the ways that they interpret the data that they collect.

« Anatomy of a Tech Startup Team-Infographic
Off the Shelf or Custom Solutions- What Should Your Business Invest in? »