Data Science Skills in Demand for 2016 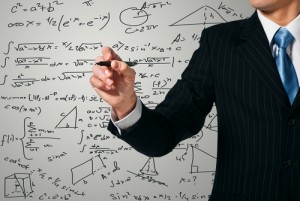 Big data has been the watchword for a while in IT, so it’s no surprise that data science skills are in hot demand and the job has perhaps mischievously been labelled as the ‘sexiest job in the 21st century’ by the Harvard Business Review. It’s a broad term, though, so what are the skills that are truly in demand in 2016?

Basically any qualified person with data science skills should be able to find gainful employment, but crowdsourcing experts CrowdFlower Inc recently carried out a survey to find the skills that will really make a difference and help specialists write their own ticket when it comes to salaries. It analysed LinkedIn’s jobs postings and found that SQL specialists are the ones sitting pretty right now.

Of course, there is strong demand for data science specialists with NoSQL and Apache Hadoop knowledge, there has been a growth spurt for those well verses in RDBMSes, but NoSQL is still way behind SQL and that is a skill that was specifically named on more than half of the listings that CrowdFlower Inc analysed on LinkedIn. So if you are looking to beef up your skills, look no further than SQL.

Hadoop is also heavily in demand, as the open-source, Java-based software allows for a good deal of customisation with the distributed storage and processing of large data sets, which is becoming increasingly important in the modern age of Big Data.

Python is another sector seeing a rise in demand. This programming language helps engineers create concepts with less amounts of code than Java or C++, so it is seen as more efficient, less bug prone and with potential to create clearer programs. Python is also becoming a standard feature of most operating systems and its widespread adoption means it is finding favour among programmers. It offers a hybrid of R’s data mining skills and a practical construction language that can build actual products quickly. It is also easier to learn.

In fact, Python offers the highest paid programming jobs according to the report and could potentially offer greater employment opportunities than even SQL. So if you have resisted learning the language, it might be time to change your stance.

Of course, Java remains a popular tool and the concurrent, class-based and object oriented software with its Write Once Run Anywhere (WORA) approach is popular with clients thanks to its ultimate flexibility. It’s most popular with client-server web applications and a recent estimate suggested that 9 million developers are working with Java around the world. Developed in 1995 by Sun Microsystems, it shares much of its architecture with C and C++, with less lower level functions.

Java is an essential tool for anybody that wants to work with Hadoop, as it is the base language for the system.

R is another language that has seen an increase in demand thanks to its usefulness with complex statistics. Big Data has fueled the language’s rise through the ranks and made it a fashionable skill to acquire for programmers once more. Source

« Big data gets a new open-source project: Apache Arrow
Big Data and Internet of Things – How the Future of Data Analysis is Evolving »