You are here : Big Data Analytics News » Analytics » Confused About Big Data? Here Are 5 Things You Need To Do

Confused About Big Data? Here Are 5 Things You Need To Do 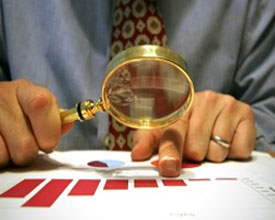 It’s a funny line, but it seems positively quaint now.  It’s hard to imagine young entrepreneurs these days hoping to find their fortune in resource extraction. The days of wildcat wells have been replaced by an industry of geologists and geopolitics.

Every age has its great opportunity.  At the turn of the century, automobiles attracted a flurry of startups.  The consumer culture drove the post-war period and, more recently, finance was hot.  The killer technology of our time is undeniably big data and building a data science capability is crucial for every enterprise.  Here’s what you need to know:

For people who aren’t in a tech related industry, data science can seem hopelessly far afield.  After all, successful executives have gotten that way because they work hard, know their business and serve their customers well. Going to the time, trouble and investment to bring in some eggheaded data scientists just isn’t a priority for most managers.

Yet firms ignore big data at their peril.  A broad based study of 179 companies carried out by researchers at MIT and the University of Pennsylvania found that data driven firms performed 5%-6% better.  Compounded annually, that’s a decisive advantage.  A report by McKinsey found that the gap could be as high as 60% in the retail sector.

James Manyika, a partner at McKinsey and a chief author of the report, points out that big data capabilities have little to do with company size, IT investment or even the type of business.  In fact, he sees some of the biggest opportunities for components suppliers and distributors who generate valuable data through their normal course of business.

Gartner predicts that there will be demand for 4.4 million big data jobs by 2015, with 1.9 million of those positions being created in the United States. However, the McKinsey report estimates that there will be a shortage of 140,000-190,000 data scientists and a deficit of 1.5 million managers who are capable of utilizing data driven insights.

The numbers tell a clear story.  Just as data skills are becoming crucial to compete in today’s marketplace, big data talent is becoming a scarce resource.  Any company without a concerted effort to recruit, train and integrate people with data skills will find themselves at a significant disadvantage.

Fortunately, as demand for talent is growing, so are the resources to meet it.  UC Berkeley has launched a fully online Master’s program in data science which executives can take while they remain at work. IBM IBM +0.75% has partnered with 1000 universities around the world to help meet the skills gap and even offers an open source curriculum for data science programs.

Probably the most important thing for managers to do is make data a priority.  We’re used to using information for a specific task, such as analyzing quarterly sales numbers together to generate market projections, but thinking about data as a resource in its own right is something relatively new.