Bringing the Best of Apache Hive 0.13 to CDH Users 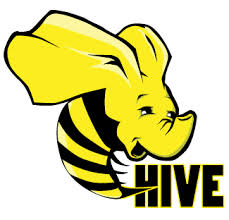 More than 300 bug fixes and stable features in Apache Hive 0.13 have already been backported into CDH 5.0.0.

Last week, the Hive community voted to release Hive 0.13. We’re excited about the continued efforts and progress in the project and the latest release — congratulations to all contributors involved!

Furthermore, thanks to continual feedback from customers about their needs, we were able to test and make more than 300 Hive 0.13 fixes and stable features generally available via CDH 5.0.0, which we released last month. Thus, Cloudera customers can confidently take advantage of them in production right now, including:

Thanks to these ongoing backports — which give CDH users continual access to the best of upstream Hive code — it will also be much easier for those users to upgrade to future releases of Hive!

Hive: The Batch-Processing Spoke in the Enterprise Data Hub

To summarize, as part of our ongoing effort to backport upstream Hive bits into CDH, CDH 5.0.0 users have access to many of the production-ready pieces of Hive 0.13. Furthermore, that functionality is present alongside differentiated components to ensure that enterprise data hub users have access to the best possible tools for their workloads, whether it be Apache Spark for interactive analytics, Hive for batch processing, Impala for interactive SQL, or multiple other options. source