You are here : Big Data Analytics News » Analytics » How big data is driving a change in soccer

How big data is driving a change in soccer 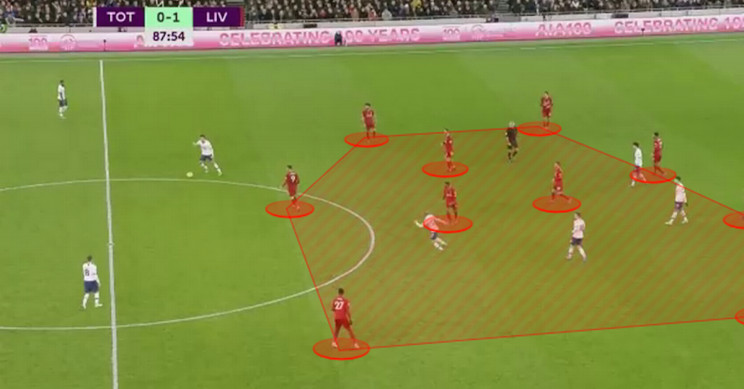 Talk to anyone who watches soccer, or football everywhere else outside the US, and ask them what the big change in the beautiful game has been through in recent years. They’ll undoubtedly throw a few things your way be it obscene amounts of money, goal line technology or Video Assistant Referees (VAR).

All of these things are true but the one change that doesn’t get mentioned often enough is one that is transforming the game we love behind the scenes – big data. Here we explore exactly how data is playing a key role in the world’s most watched game.

As recently as just five years ago, the physical conditioning of a player was based largely on what the player said. Yes, tests were in place with medical staff trained to aid recovery but if a player said they were fit then, more often than not, they were picked. The birth of wearable technology, which was certified for use by IFAB back in 2015, has changed that.

The devices provide a host of by the second data on every player in a squad whether it be in training or in a match. The wearable tech gives deep insight into the physical state of a player. How hard and fast are they running? Is their heart rate tracking as it should? Are they sweating excessively? This information gives medical teams an insight into whether or not a player is at their peak fitness.

That’s not all though. As the club have every player on their books recording in the same manner, they can benchmark players against averages and see how they compare.

In addition to the fitness aspects, the wearable devices combine with other technology – such as cameras – to give an all-round overview of how each player plays the game. How does this work? Well, let’s start with the physical aspects once again. Not only can you see how far a player runs or how many sprints they complete in a game, but analysts can also visualise data to show where on the pitch specific runs happen.

Are they recovery runs towards your own goal? Is a player making high intensity sprints to pressurise an opponent in their own third? It’s all available and can be built up layer by layer to create heat maps of activity. These results can be looked at singularly or summed to show how the team works and, as such, can be used to inform coaches as to the best players for playing a certain system or type of game.

Of course, it’s not all out of possession stuff either. Let’s say you have a striker who is going through a dry spell in front of goal. Big data allows you to track their runs down to every single step. It might highlight that they’re not getting in the area to score goals. Equally, it might show that they’re making brilliant runs into channels or behind defensive lines but simply aren’t being picked out with the right passes.

We’ve spoken a lot around the benefits tech brings to physical aspects of the game such as fitness and making certain movements but it’s not the only area where data plays a key role. Data is also available for every touch a player has of the ball.

This detail is so accurate that you can track actions down to what area of the pitch an action took place and what that action was be it a right footed pass, a tackle, a header or whether the ball was on the ground or in the air and also in what direction the ball moved.

That’s how betting houses track the favorites on the sporting odds. Even in basketball, BetAmerica.com uses big data and in game stats to make their NBA expert picks more accurate.

Why is this noteworthy? It wasn’t long ago that player a player was monitored in terms of final output with attacking players rated on the goals and assists they registered whilst defenders and keepers were looked on as a collective where clean sheets are concerned.

It has always been known that these aren’t fair ways to assess a player and that meant there was a lot of subjectivity and a very close watchful eye was required.

This subjectivity will never be replaced. That is true of all things data related. What does change though is the mix between data and subjectivity with the recent years creating a favourable shift to data.

Take the simple example of a midfield creator. Their job is to open defending teams up and creating goal scoring opportunities. A few years ago, the main data available to measure their effectiveness was how many assists they recorded.

It marks sense until you consider that the person receiving their passes might be spurning golden opportunities. The xA (expected assists) metric, which has been adopted in the mainstream in recent seasons, goes some way to solving this. Now you can look at how many chances a midfielder created and compare goals to expected goals.

There are plenty of examples of how this data can be cut to provide constructive changes with another example the person receiving those passes. Why aren’t they scoring as many as they should? For instance, perhaps the ball is being played to their weaker foot. Another is in pass completion. A simple data set might show two players who have different pass success rates. The immediate assessment is that the player with the highest percentage is the best passer but what about if their passes are all two-yard balls to a teammate behind them?

It’s these insights that can tweak the way a team plays for better results without the need for sitting through hours of video footage.

Preparing for an opponent

Everything we’ve spoken about so far has been focussed internally. It’s how data shows you the positive and negatives of your team. Now, flip things in the other direction. Imagine you have similar data but on every player and team in your league. Not only do you know your strengths, but you can highlight their weaknesses. How does that translate into the real world of soccer?

Well, take Liverpool as an example. Anyone with a basic understanding of tactics could tell you that the Reds like to play out from the back and press hard in offensive areas to win possession back in dangerous areas. What watching a game doesn’t show you is exactly how they do it.

Take the two full backs – Trent Alexander-Arnold and Andrew Robertson – as an example. Both are good in possession and boast a decent pass completion percentage, however, data might show you that Robertson takes slightly longer to release his passes.

As a result, you can set your team up in a way where you press him more quickly, which is likely to force errors. At the other end, analysis could show that most of Mo Salah’s goals come when he cuts in onto his right foot. You could use this information when you set up your defensive structure to ensure that option is limited for him.

Finally, I want to touch on the transfer market. The 2020 summer transfer window has just closed with close to £3bn being spent across Europe’s top five leagues. Most fans watch soccer, think a player is good and say, ‘my team should sign him’. That’s not how transfers work anymore.

Clubs, or at least clubs with decent structure, are building towards a desired blueprint. This means they’ll have a squad that has specific qualities and that can play in certain ways. Well, the data available in the game nowadays allows you to go and hunt players out who fit a certain profile before sending scouts to watch them.

It not only gives a more targeted approach for the clubs, but it saves them time and money in personality tests and unnecessary scouting trips. They will already have a good idea of a player’s mentality and skill set meaning their integration into the existing squad should have fewer teething issues.

Let’s take the example of Barcelona. Lionel Messi is widely expected to leave the Catalan club next year. How do you replace a man like that? The answer is you can’t, he’s one of, if not the, best in the world. What the Barca hierarchy can look at though is taking key parts of Messi’s game and narrowing their search for players who could do a similar job and who have the potential to fill his void.

There you have it, several ways the soccer world is adapting to big data. What other sports you think have changed with the introduction of technology?

« How Can Voice Analytics Software Help Improve Call Centre Customer Experience?
How analysis can be the secret to your future business success »