Big Data Analytics – The game changer in the world of sports 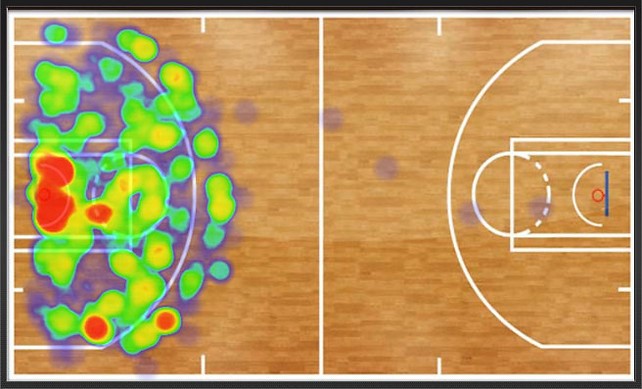 Big Data Analytics has gripped the attention of the world with the fascinating insights that it can provide. It has made businesses able to uncover customer preferences, helped marketing managers understand the market trends and even make career portals provide perfect job alert services to job seekers; leading to better customer service, more revenue opportunities and products that meet the expectations of the customers.

When the use of analytics reaped great rewards for the Oakland Athletic baseball team’s manager, Billy Beane, the different avenues for utilising its potential opened up and analytics became a prominent thing in sports.

Why is Big Data analytics a game changer?

Nowadays with the advancement of technology Big Data is no longer that overwhelming information that was considered a waste of storage space. These vast amounts of data can be analysed using powerful computers and software specifically built for the purpose. It has been possible to predict the success of a player, the profitability of the athlete and potential to become a prominent figure in the field of sports. The advent of wearable and sensor technologies for collecting data has made it easier for analysts to gather data from different sources. You want to look at how the ball curves when Lionel Messi shoots a free kick or the angle at which he kicks the ball, you have it all due to the advanced analytics techniques that are being used.

Various companies like Adidas and Nike are making wearable technologies that show real time stats of a player like speed, heart rate and even hydration levels.  Though most major leagues do not allow the use of wearable techniques during the game, it can be used during training to get a better picture of the players’ fitness levels and that too in real time. FIFA has recently changed its rule to allow players use monitoring technologies as long as the data are not used during the game. This will help in monitoring the vital aspects and comparing them with historical data to see if the player needs to be substituted earlier or can have more play time. The use of wearable technology to monitor impact collision has also helped a lot in reducing dangerous injuries in rugby and American football.

On-field technologies or sensors present in the gaming equipment also help in the gathering of valuable data are changing the scenario of today’s sporting world. Now you can collect millions of data from the swinging of a tennis racquet to the spin of a baseball. You can learn about the tactics applied by your opponents and analyse with the help of Big Data to predict how they are going to play the next match. Or even improve your own team’s performance by checking out if the players are working as a team or is there any gap in the flow of play.

Coaching will also be influenced a lot by Big Data analytics. We have already seen some clubs like Chelsea and Portland Trail Blazers are using coaching apps to make players understand the tactics easier. With Big Data analytics one can understand exactly what happened in each game and predict closely what tactics is going to be beneficial in the next match.

How Big Data analytics is changing the game?

The best example of successfully using Big Data analytics to script a success story is the 2014 Football World Cup winner, Germany. No I would not say that the credit entirely goes to Big Data analytics, because the team is filled with world-class players managed by a great coach. But, one should not ignore the secret 12th man they had in the form of analytics. To perform better, the team partnered with the German software giant, SAP, to create a custom match analysis tool for them to gain clear insight into the matches and collect massive amounts of player performance data. By analysing these data, the team was able to cut down their average possession time from 3.4 seconds to 1.1 seconds. This has helped them to play quicker and break through the defence faster. No wonder the Brazil team was left clueless in their 7-1 defeat against Germany.

This is just one example. There are other sports where Big Data offers a host of potential to change the game. Baseball teams can predict the type of pitching opponent pitchers will do using Big Data analytics. Tennis players can improve their shots by analysing which type of shots results in more unforced errors. There is a huge potential and all this is still in a nascent stage.

Even though the use of Big Data analytics has been a game changer in the world of sports, it should be for informative purpose only. If a team stops depending on its skills and gut instincts, the whole excitement of the game would vanish. So there should be a distinctive gap between sports and Big Data analytics.

The post is by Hasib is a professional writer working with the job portal naukri and often writes articles related to career and education and you can follow him @ twitter.