You are here : Big Data Analytics News » Analytics » Things You Should Know About Big Data

Things You Should Know About Big Data 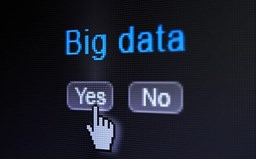 People using Big Data need to know certain things about it, especially the technologies and architecture. Understanding the biggest challenges while implementing the processes related to Big Data in their storage environments.

After its arrival on the scenario, for some times the experts were unsure about the success of the new technology. However gradually they realized that the new technology has come to stay. Thus the Big Data has become the buzzword for the information technology industry.

All these might seem simple but when it comes to managing Big Data it would be a different proposition altogether. The accompanying technologies are gradually evolving into real world enterprises. It has become the key issue in various technological offerings as well as in the data center management strategies. For managing Big Data one needs to understand its basics and various concepts related to it and that brings in the question of Big Data Tutorial that can take care of all such issues.

There are some major challenges associated with Big Data. For instance, it has big impact on the decisions taken by IT managers. Sources for such data are also multiple. These include the social media, media rich types of data such as the X-rays and the videos. These are increasing the challenges associated with Big Data and it has been enhanced further as the dividing line between analytics as well as storage is getting thinner day by day.

An important issue in management of Big Data is the designing as well as managing the Big Data infrastructures.

First element in Big Data Tutorial is learning about the technologies. To learn this one has to be associated with the processes and technologies involved in Apache developed Java based Hadoop Programming frameworks. An advantage of this technology is that the program can be run on thousands of nodes simultaneously.

Second element in the Tutorial is learning about the MapReduce software that forms an integral part of the Hadoop technologies. The Map function distributes the works entrusted to different nodes and the Reduce function gathers results and thereafter consolidates them into a single value. Another component is the Apache Hive data warehousing. This provides query language that is known as HiveQL and it translates the SQL like queries into MapReduce jobs automatically.

Some of the leading players in the world of information technology are also trying to get in on the Hadoop action on to the SQL Server Hadoop connectors. Basically Big Data management involves regulating the Big Data storage environments as well as the Apache Hadoop technologies. Alternative to the process is the Direct Attached Storage in Hadoop Storage. Thus these are the four basic parts about which the Big Data Tutorial gives a detailed insight to the learners.

Comprehensive tutorial on Big Data would also indicate how the technology evolved over the years. Data storage managers would remain update on the issues that surrounds the technology and the contents related to it.  CIOs on the other hand have their own sets of challenges relating to Big Data. They need to add to the skill sets of the company by hiring scientists, calculating experts, and IT architects.

The post was by Vaishnavi Agrawal loves pursuing excellence through writing and have a passion for technology. She has successfully managed and run personal technology magazines and websites. She currently writes for intellipaat.in a global training company that provides e-learning and professional certification training.