A data analysis technique that introduces automation in the development of an analytical model is termed as Machine Learning. Algorithms are employed by machine learning which draws insight from the data, so it provides computers with the capability of attaining knowledge without being easily programmed. Machine learning’s main area of focus is on the building of computer programs that can sustain themselves and enhance when disclosed to more advanced data.

Guido van Rossum created python when he was developing an interpreter for an advanced scripting language. Python is placed under open-source technologies. Python has numerous advantages, for example, virtual environments of python. If you have right blend of libraries and tools, you can develop anything with python. Python programming language is used in different areas including

Want to be an Expert in Machine Learning with Python?

Taking the first step or getting started to achieve something is the hardest one because we will be confused in which way we have to move forward and we might not be having many options. 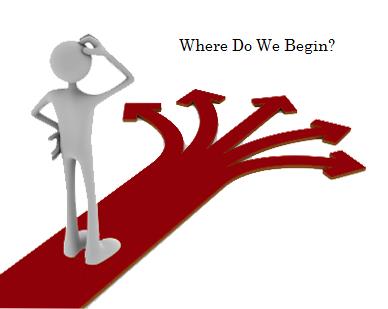 Image raining the question of where to begin?

Numpy: This is useful for its array objects which are N-dimensional

Pandas: Data analysis library for python which consists of structures such as data-frames

Scikit-learn: Machine learning algorithms which are used for tasks such as data analysis and data mining 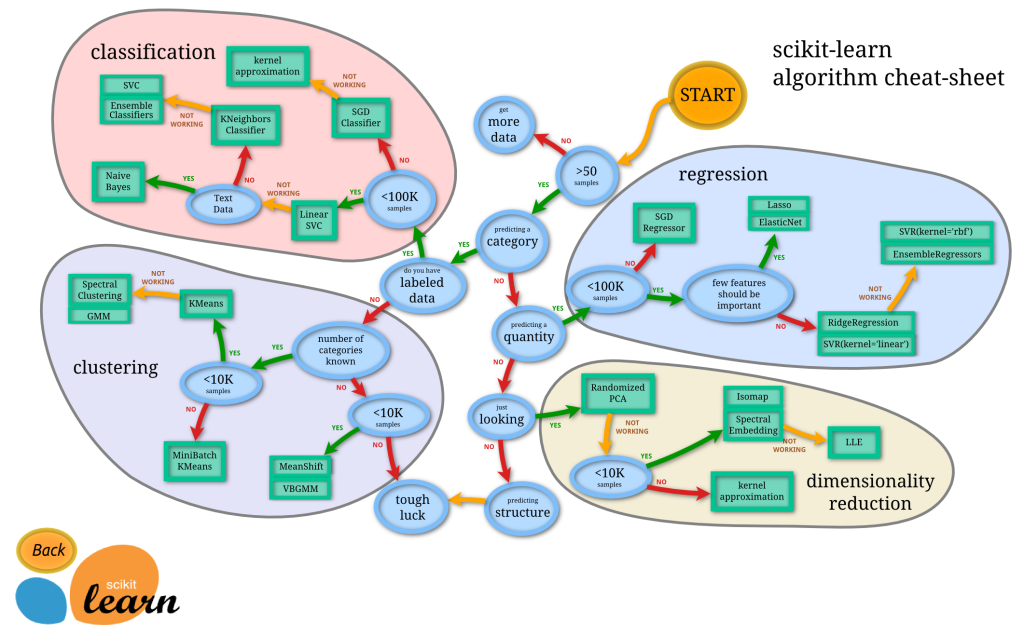 The flowchart of scikit-learn

The environment for executing python known as Ipython Notebook can be viewed online or downloaded and can be interacted on individual computer locally. Clear understanding of scikit-learn is necessary to proceed further to the next steps.

After acquiring a clear understanding of scikit-learn, proceed further in exploring the various useful algorithms. One of the most famous machine learning algorithms is k-clustering. This algorithm is an effective and simple method for solving learning problems which are unsupervised.

After obtaining knowledge on scikit-learn, it is preferable to explore some more advanced topics. Better to start with vector machines which is a linear classifier that relies on transformations of data which are complex into a space with higher dimensionality. Reduction of the number of variables which are being considered in a problem is termed as dimensionality reduction. Principal component analysis is a type of unsupervised dimensionality reduction. 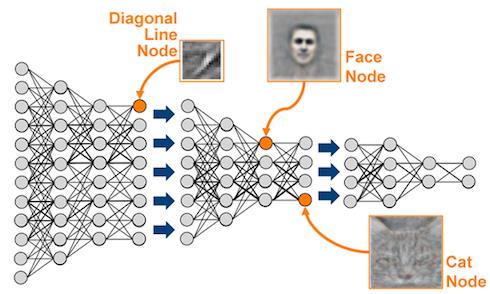 Image showing that learning is deep

Recent advancements in the past several years have increased the hidden power of and general interest in deep neural networks. If anyone is not familiar with deep learning, there are many websites offering numerous articles on the accomplishments, innovations and accolades of the technology.

So, if you follow these 7 steps, you can get a clear understanding of machine learning algorithms and the implementation of the algorithms using python’s popular libraries.

« Hadoop Can’t Do These Things, Surprised To Know What They Are?
Free Webinar on Intelligent Intranets »