You are here : Big Data Analytics News » Analytics » How is fault tolerance handled in Spark streaming?

How is fault tolerance handled in Spark streaming? 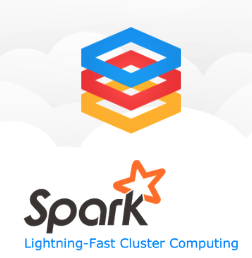 All data is modeled as RDDs, built by design with lineage of deterministic operations, i.e. any re-computation always leads to the same result. Essentially the same process (however with a different mechanism) as in Hadoop’s fault-tolerance for slave failures.

An RDD is an immutable, deterministically re-computable, distributed dataset in Spark.

A DStream is an abstraction used in Spark streaming over RDDs, which is essentially a stream of RDDs. A lot of the same APIs apply over DStreams.

Driver node: main program of the application. Similar to Application master in the Hadoop YARN world, the Driver owns the Spark context, hence all the state of application.

Main components in a streaming application

Driver: akin to the master node in a Storm application from a conceptual point of view.

Receiver: the Receiver, living in a worker node, is similar to a spout in Apache Storm, and consumes the data from source; there are already built-in receivers OOTB for the common ones.

Executor: this processes the data; similar to a bolt in Apache Storm from a conceptual point of view.

Main steps in a Streaming application

There are essentially three steps in a streaming application, so understanding the record processing guarantees (at least once, at most once or exactly-once semantics) at each step is essential:

Depending on the kind of input source, at this step reliable vs. unreliable receivers are used; e.g. a stream from a file (local or Hdfs) is reliable, a Kafka stream is reliable, but data directly from a socket connection is unreliable.

In Spark streaming when the data is received from any receiver, it is by default replicated (in memory) to two worker nodes, after which if the receiver was reliable, the acknowledgement is sent. In case of an unreliable receiver, the data is lost (i.e. at least once scenario).

In the event of failure of the Driver node, the Spark context is lost and hence all the past data. The initial remedy is a mechanism of a Spark WAL (write ahead logs), but the cleaner way, and if the data sender allows for it, is to simply re-use and consume their WAL instead.

At this stage we have a guarantee of exactly once semantics due to the underlying RDD guarantees; i.e. in case of a worker node failure, the transformation gets computed on other node where the data is replicated.

Output operations have at least once semantics, that is, the transformed data may get written to an external entity more than once in the event of a worker failure. Additional effort may be necessary to achieve exactly-once semantics. There are two approaches.

Lets say there is a batch of events, and one of the operations is maintaining ‘global count’, such that it keeps a counter of total events streamed so far. Consider that when the batch of events is being processed, mid-way during the processing the node that was processing goes down. What happens now:

Is the global count reflecting the ‘half way events’ processed?

If strictly speaking of global count, there is built-in global counter available in Spark which takes care of this problem. But as this is just an example and for all other situations except counter, the lineage of transformation applied on the whole batch of data will remedy this. As mentioned, RDD transformations are deterministically re-computable, which means the re-computation will give the same resultant state. However if the result also needs to be stored externally, that logic needs to be handled independently. source