You are here : Big Data Analytics News » Analytics » How Big Data Tech Is Changing the Way We Farm

How Big Data Tech Is Changing the Way We Farm 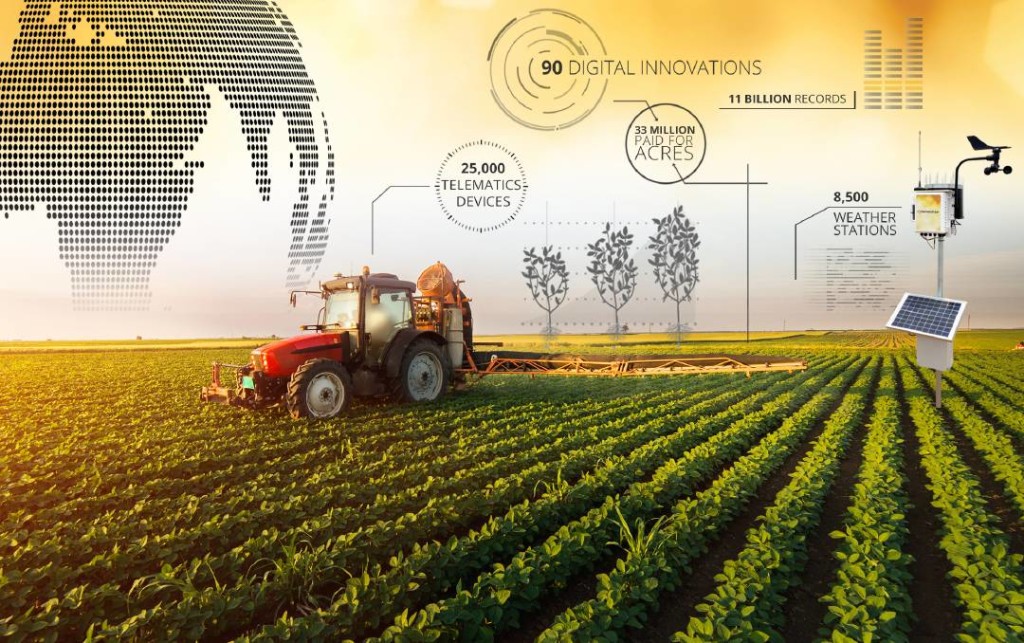 Without the agricultural industry and its farmers, we wouldn’t have the delicious variety of produce and meats that make meals memorable. Like many other major industries, the farming sector has been substantially influenced by technology. Let’s specifically look at how big data contributes to changes in farming methods.

A research team at Saudi Arabia’s King Abdullah University of Science and Technology (KAUST) has engineered methods that use drones to drop sensors onto crops to check their characteristics. One of the gadgets is a stretchable sensor that tracks changes in plant growth down to the micrometer.

The other is called a PlantCopter, and it makes a corkscrew pattern through the air, measuring temperature and humidity as it goes. The design allows it to naturally adhere to leaves and other parts of crops in most cases. The people behind the project say that even when a PlantCopter doesn’t attach to a crop, the system is cost-effective enough where such an outcome isn’t prohibitively expensive.

Other kinds of commercially available monitoring systems require people to place the equipment by hand, and the sensors often don’t communicate with each other. If they do have communication capabilities, the prices for such systems go up substantially.

In the case of this new option, the sensors transmit data for an average of 151 days. Then, the collected content goes to nearby drones or people with smartphones who can analyze the data and make changes to farming techniques when necessary. The ability to see such detailed metrics in a streamlined way undoubtedly saves time, labor needs and money for farmers.

One of the consistent realities of farming is that it’s full of risks. Farmers could invest significant amounts of money into crops that don’t perform as expected, or they might face severe droughts that have negative and long-standing impacts. It’s not possible to predict the future with certainty, of course, but some experts think big data could bring improvements in knowing what’s ahead.

Pioneering progress could be made by the scientists who specialize in integrated modeling at International Center for Tropical Agriculture (CIAT), a research center within the CGIAR network. CGIAR is a global partnership of people working toward a future of food security. CIAT tackles hunger, poverty and nutrition by making farming systems more efficient.

The Decision and Policy Analysis (DAPA) branch of CIAT uses integrated modeling techniques to make foresight scenarios that calculate the impact of things like climate change and water resources on agriculture. It uses mathematics to predict the plausibility of potential outcomes, such as if some factors hold true, while others, like the rate of technology adoption in farming, change.

Artificial intelligence (AI) can do some things better than humans, such as analyzing images and diagnosing illnesses. That’s due, in part, to the speed and accuracy with which it works. This use of integrated modeling is similar because it delivers results faster than humans could without technology. Plus, the results help farmers make informed decisions about their investments.

Any farmer who has ever watched a deadly illness sweep through a herd of livestock knows how devastating it is to suddenly lose a significant percentage of cattle after previously having a consistently healthy herd. These situations happen because, despite the best efforts of those caring for the animals, it is not always possible to spot symptoms of illnesses early enough to prevent fatalities.

However, an Australian trial in New South Wales could pave the way for a healthier future for livestock. About 10,000 cattle in New South Wales will get ear tag monitors fitted with Bluetooth equipment offering a range of about 300 meters.

By using complementing readers that interpret the data sent by the monitoring devices, farmers could get earlier warnings of potential illnesses, plus more accurate overall health indicators. All collected data goes to the cloud, allowing for straightforward later analysis. Plus, farmers can get mobile alerts about individual animals that may be in distress based on biometric data, including grazing behaviors.

The CEO of HerdDogg, the company that made the tracking system, notes this technology is more reasonably priced than other options for the beef industry. In addition to promoting better animal welfare, it could also reduce labor expenses.

The examples above give a fascinating overview of ways to apply big data to farming that could forever change farmers’ livelihoods and the agriculture sector at large. Some of the initiatives above are still in their early stages, but the scientists involved are eager to experiment with new ways to implement the technology. As such, future pairings of farming and big data should provide still-unforeseen benefits.