You are here : Big Data Analytics News » Analytics » Django, Flask, and Tornado – the most popular Python frameworks and their differences

Django, Flask, and Tornado – the most popular Python frameworks and their differences 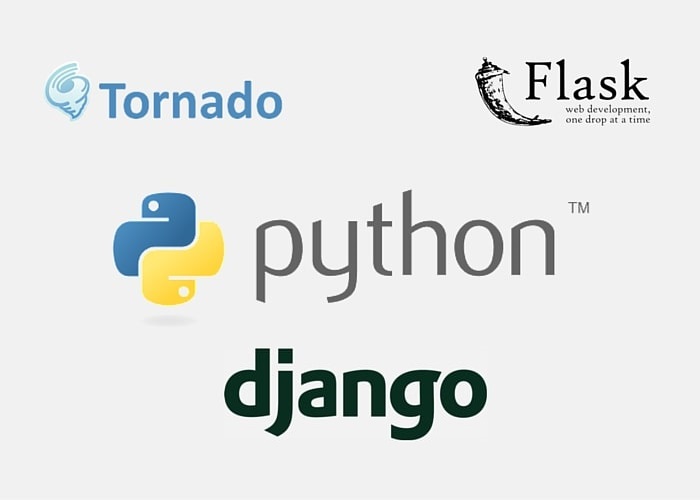 Whether you are developing software or in need of Big Data analysis, you are looking for developers who can solve your current issues. Ruby and Java are known to be the most preferred programming languages for that. But with the development of ML and AI, Python topped this list. This programming language is easier to learn because of its simpler syntax. So, you might be looking for the opportunity to hire python development company.

Today, it’s worth covering the most popular Python frameworks, so you will fully understand which one can fulfill your requirements.

What is the Python framework?

Since Python today serves different needs, each domain uses its own framework. Compared with each other, some frameworks are more popular than others. So we can divide them into full-stack and micro- frameworks.

Let’s find out how and when each (Django, Tornado, and Flask) is used.

What is the Django framework?

Django framework is a popular Python web framework that is built by highly experienced developers. People use this framework to save themselves from the issues that may be faced in web development. It allows the developers to write the syntax of applications without any problems. Most developers prefer the Django framework because of its massive community. Django has a separate website where developers discuss issues and share tips and code samples.

That website keeps the developers under one roof. It allows the third-party packages designed by people to plug into Django. It becomes easier for a developer to build robust web applications using the Django framework and less coding. Another positive factor for which developers opt for the Django framework is that it adheres to the Don’t Repeat Yourself Principle. Django Framework’s prime focus is on automation, and that is why Django is the most preferred framework by developers.

What is the Flask framework?

Flask is another popular Python framework that is installed from the Python Package Index. Based on Werkzeug and Jinja 2, the Flask framework is mainly used in web development. Flask framework comes under the category of microframework. Being a minimalist framework, it doesn’t require a lot of overhead.

Developers can always go for a structural approach since the Flask framework doesn’t demand any particular code layout. Learning the framework is very simple. There are a lot of Flask framework tutorials on the internet. While using this framework, developers can utilize many open source libraries and extensions, including Flask-Pony and Flask-SQLAlchemy.

Flask Framework also addresses common security concerns, including JSON, XSS, and CSRF. One can use Flask-Security as an additional extension to enhance the security of a web app. While using these extensions, the developers have to test these add-ons carefully to avoid any security risk. Flask Framework is convenient for developers since developers will be provided with built-in support using Python’s unit testing framework.

What is the Tornado framework?

Tornado framework is widely used among people because of its asynchronous networking library. It was developed at FriendFeed from Facebook. It used a non-blocking network I/O and scaled to thousands of open connections and made it ideal for long polling. Tornado framework is known for its excellent performance. This framework is simple to use, and it provides flexibility to the developers.

Developers who are familiar with asynchronous and non-blocking I/O can learn this framework without any difficulties. The internet has many tutorials that can help people to learn Tornado. Also, it allows the usage of third-party libraries, including Tornado-MySQL and Tornado-sqlalchemy. Tornado framework supports built-in security mechanisms like secure cookies, XSRF, and DNS Rebinding.

It uses a custom template library, which makes it easier for the developers. Tornado framework also provides third-party authentication. Authorization systems like Google, Twitter, and Facebook are also supported by Tornado Framework, making it even better than any other Python Frameworks. Tornado Framework goes by the principle of “Do It Yourself,” which allows the developers to have a convenient experience. Compared to other Python frameworks, the Tornado framework isn’t as popular as others.

What is the difference between Django, Flask, and Tornado frameworks?

Even if these frameworks are used for the same purpose, that is to develop web applications. Still, there are various aspects in which they are different from each other. For instance, Tornado doesn’t come with built-in support like the other two frameworks. Similarly, Django and Flask Framework don’t come with an authorization system as Tornado does.

Developers may also find a difference in the security service of each of these frameworks. Even with these differences, the more straightforward code and open-source libraries make these frameworks easier to use. People find it convenient to learn Python. Since it provides an opportunity to build web applications fast, the demand for these frameworks will grow exponentially.