You are here : Big Data Analytics News » Analytics » 6 Big Data Experts You Can See Live in 2019 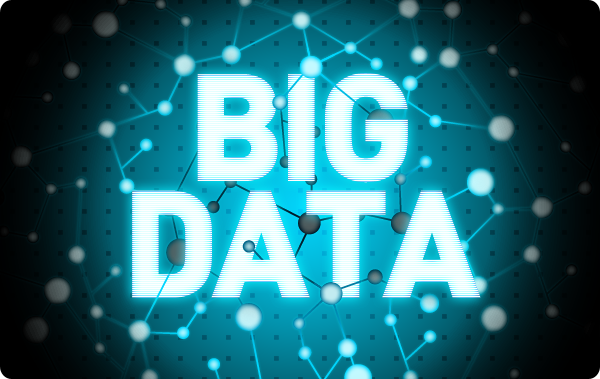 If you’re an industry professional involved in big data, machine learning and artificial intelligence, or you just want to know more about where these technologies are headed, 2019 is a great year to see some industry giants lay out their vision. The following six big data experts are widely known in their respective fields and beyond. Expect to learn tons of new insights into how data can be used to make human enterprise leaner, deliver better products and higher standards of living, and help small and large businesses everywhere compete more effectively in a global marketplace.

Katie Baker’s current role is head of retail innovation at Samsung USA. However, that’s hardly the extent of her 17 years of experience, which span multiple functions working with significant brands and brand development companies. Some of her roles have included product developer, brand strategist and customer loyalty manager. What each function has in common is that it relies on data to be fully effective.

As one of the undisputed leaders in a number of product categories, Samsung relies on the accumulation and study of customer data to better understand how their products are being used in the real world, how long people use their products and what kind of interaction customers have with third parties. This includes parts vendors and repair specialists.

In fact, studying the many kinds of practical consumer data has become a focus for most companies looking to cement brand loyalty in an increasingly crowded marketplace. You can join Baker for an exploration of these topics and more at the Global AI & Big Data Expo in April 2019.

Hadley Reynolds is a longtime veteran of the software development industry, with more than 35 years of experience in various active development and analytical roles. Today, Reynolds is a lead analyst at NextEra Research — a company specializing in helping organizations make better use of data in augmenting the human decision-making process.

He’s also credited with co-founding the Cognitive Computing Consortium and has held important roles at International Data Corp., as well as FAST/Microsoft in its Search Innovation division. You’ll find few speakers in 2019 with a better grasp of how data has the power to automate business processes, inform product development, influence long-term strategy and empower new kinds of human collaboration. Learn more by attending Data Summit 2019 in Boston.

Tricia Wang is an experienced public speaker with a variety of fascinating and edifying experiences under her belt. She has addressed Microsoft, 21st Century Fox, General Electric and more — and has enlarged her following even further thanks to memorable appearances at SXSW and TEDx.

Corporate decision-makers, software designers and data scientists have all taken away valuable insights from her public talks, including these and other cutting-edge topics:

Why take her word for it? For a start, she spent years implementing technology and data solutions for nonprofit organizations in New York City. After that, she did fieldwork in the U.S., China, Mexico, India and elsewhere for companies like Nokia. Today, she rubs shoulders with decision-makers at Fortune 500 companies and helps bring a humanistic focus back into the big data world, which tends to quantify everything and ask questions later. She can be booked anytime, but watch for one of her next scheduled engagements in Hamburg, Germany, at the NEXT Conference.

During his time at Google and elsewhere, Chatterjee has helped build a number of data and AI frameworks for the purposes of large enterprise, including in the energy, financial services, medical, manufacturing and digital marketing industries. That makes him an ideal candidate if you want to learn from the best big data speakers in 2019.

It could be that Chuck Todd is not the first name in your mind when you think about big data, but he nevertheless brings a timely and universally important perspective to the conversation.

At SXSW 2017, Todd delivered a keynote presentation entitled, “Is Big Data Destroying the U.S. Political System?” It’s certainly a divisive and controversial subject, but as the host of “Meet the Press” and the political director at NBC News, Todd has the right kind of experience to tackle it. Over the years, he’s presided over multiple elections, followed close political races with unique attention to detail, and watched as data systems and social media have slowly taken a leading role in civic and political discussions.

In 2019, you can catch Todd at multiple events, including engagements at Lake Michigan College and the DeWitt Wallace Center for Media & Democracy.

The wide availability of high-speed internet has forever and fundamentally changed how we exchange information with one another, as well as how enterprises and organizations gather data in a global and connected world. If you wanted to learn more about how big data, machine learning and artificial intelligence influences how the modern web works, you might turn to the senior director of engineering for the fifth most popular website in the United States.

That person is Anand Mariappan, who’s something of an institution at Reddit.com’s Knowledge Group. Among his many roles there, Mariappan oversees the development of AI-powered tools that improve search results relevancy. His fingerprints are also on the recent Reddit visual and UX overhaul, which included the rollout of bespoke video and image hosting platforms.

Even before his time at Reddit, Mariappan helped shape engineering priorities at Microsoft, including in its cloud services and PowerBI teams. To hear about how data played a role in these companies becoming the powerhouses they are today, with global clout and dedicated user bases, consider attending the 2019 Global Artificial Intelligence Conference.

These are just a few big data visionaries that will be sharing their knowledge this year.

Why Business Professionals Are Choosing To Acquire Qlik Sense Certification

With each passing day, it seems like there are more tools available ...

Can You Make Money From Online Games?

Gaming is a hobby for millions of people, and like any pastime ...

If your company still uses anSAP ERP system and hasn't upgraded to ...

Twitch is a live streaming platform that specializes in broadcasting material from ...

In these modern times, the digital era has started many new markets ...