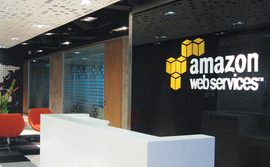 AMAZON WEB SERVICES (AWS) has announced that it will soon offer machine learning as an option to customers.

The technology is the same creepy stuff that uses algorithms to recommend things that you might also like when you browse Mazon’s retail site.

Amazon said at the AWS Summit in San Francisco this week that it will help customers to use the big data at their fingertips in more intelligent ways.

The news follows hot on the heels of Microsoft’s introduction of similar technology in the Azure Cloud platform earlier in the year, and IBM’s Watson which has had the facility for some time.

“It powers the product recommendations customers receive on Amazon.com. It is what makes Amazon Echo able to respond to your voice, and it is what allows us to unload an entire truck full of products and make them available for purchase in as little as 30 minutes.”

The applications for machine learning, like the Internet of Things, are still in the infancy of being understood, but it can be used, for example, to find correlations between patient medical records, which could eventually lead to cures for conditions being found without human intervention.

Last month, The INQUIRER spoke to representatives from the NHS about the adoption of Vendor Neutral Archiving, a system that will allow data sets to interlink across disparate systems.

Amazon also this week announced its Elastic File System (EFS) for AWS, set for release later in the year.

The service has been designed to provide multiple virtual servers running in Amazon’s Elastic Compute Cloud (EC2), with access to a centralised managed file system.