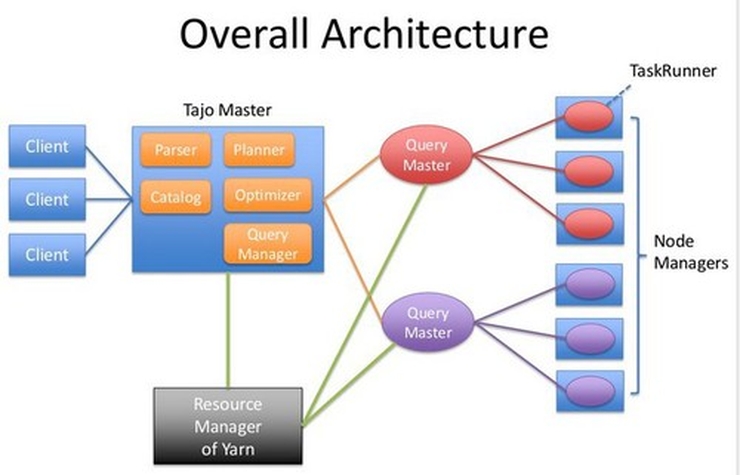 Organizations that want to extract more intelligence from their Hadoop deployments might find help from the relatively little known Tajo open source data warehouse software, which the Apache Software Foundation has pronounced as ready for commercial use.

The new version of Tajo, Apache software for running a data warehouse over Hadoop data sets, has been updated to provide greater connectivity to Java programs and third party databases such as Oracle and PostGreSQL.

While less well-known than other Apache big data projects such as Spark or Hive, Tajo could be a good fit for organizations outgrowing their commercial data warehouses. It could also be a good fit for companies wishing to analyze large sets of data stored on Hadoop data processing platforms using familiar commercial business intelligence tools instead of Hadoop’s MapReduce framework.

The latest version of the software, issued Monday, comes with a newly improved JDBC (Java Database Connectivity) driver that its project managers say makes Tajo as easy to use as a standard relational database management system. The driver has been tested against a variety of commercial business intelligence software packages and other SQL-based tools.

Other new features include catalogs of built-in SQL commands from both Oracle and PostgreSQL systems.

Gruter, a big data infrastructure startup in South Korea, is leading the charge to develop Tajo. Engineers from Intel, Etsy, NASA, Cloudera and Hortonworks also contribute to the project.

Perhaps because of its South Korean home base, the software is not very widely known elsewhere in the world, compared to other open-source SQL-based Hadoop packages such as Hive or Impala.

At least in one test of the software, conducted in 2013, Tajo appeared to possess a speed advantage, according to Gruter. Korea’s SK Telecom telecommunications firm ran Tajo against 1.7 terabytes worth of data, and found it could complete queries with greater speed than either Hive or Impala, in most instances.

As with most benchmarks, results may vary according to the specific workload. New editions of Hive and Impala may have also closed the speed gap as well.

SK Telecom uses the software in production duties, as does Korea University and NASA’s Jet Propulsion Laboratory. The Korean music streaming service Melon uses the software for analytical processing, and has found that Tajo executes ETL jobs 1.5 to 10 times faster than Hive.

The Apache Software Foundation provides support and oversight for more than 350 open source projects, including Hadoop, the Cassandra NoSQL database and the Apache HTTP server. Source