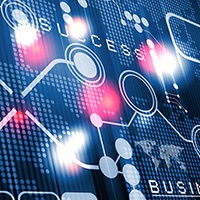 Now and then I find myself thinking about the big principles of big data; that is, not about Hadoop vs. relational databases or Mahout vs. Weka, but rather about fundamental wisdom that frames our vision of “the new currency” of data. But maybe “we need a new metaphor to explain data’s value.

Metaphors aren’t factual or provable, but they do illuminate certain truths about topics of interest. They make complex concepts understandable, much like the following set of quotations I’ve collected that you could say explain basic big-data principles. I’ll offer 8 truths about big data — you’ve surely already bought into at least a few — ordered roughly chronologically. Then I’ll take a look ahead at a “future truth.”

1. “Correlation is not causation.”

We hear this over and over (or at least I do). I learned one version of the underlying fallacy, when I was in college studying philosophy, as post hoc ergo propter hoc, or “after the thing, therefore because of the thing.”

You can read a smart take in the O’Reilly Radar blog, where in “The vanishing cost of guessing,” Alistair Croll observes: “Overwhelming correlation is what big data does best… Parallel computing, advances in algorithms and the inexorable crawl of Moore’s Law have dramatically reduced how much it costs to analyze a data set,” creating a “data-driven society [that] is both smarter and dumber.” Bottom line? Be smart and respect the difference between correlation and causation. Patterns are not conclusions.

2. “All models are wrong, but some are useful.”

Accidental statistician George E.P. Box wrote this in his 1987 textbook, Empirical Model-Building and Response Surfaces. Box developed his thoughts on modeling, which very much apply to big data, over the length of his career. See in particular the article “Science and Statistics,” published in the Journal of the American Statistical Association in December 1976.

If you don’t already, it’s time to accept Scott McNealy’s 1999 statement, “You have zero privacy anyway… Get over it.” McNealy was cofounder and CEO of Sun Microsystems, quoted in Wired magazine. Examples of big data’s growing invasiveness are plentiful: Analysts’ ability to infer sex and sexual orientation from social postings and pregnancy from buying patterns; the on-going expansion of vast, commercialized consumer-information stores held by Acxiom and the like; the rise of Palantir and Riot-ous information synthesis; the NSA Prism vacuum cleaner. By Seth Grimes Read more