Intel announces its own Hadoop distribution 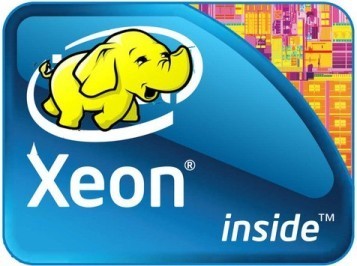 Intel on Tuesday said it was getting into the software business with its own Hadoop distribution. The move is a potential blow for startups such as Cloudera, Hortonworks and MapR that are offering their own distributions of Hadoop, but it’s also an admission by the chip vendor that the opportunity in big data isn’t only to be found in selling hardware.

In a conference held in San Francisco, VP and General Manager of Intel’s Datacenter Software Division Boyd Davis explained Intel’s history in Hadoop that stretches back to 2009 and stressed that Intel is going to share some aspects of its Hadoop distribution, but not all. Intel has a distribution of Hadoop it has released in China, but today it’s bringing it to the United States Intel’s version of the Hadoop distribution uses Hadoop 2.0 and YARN, which is a cutting-edge version of  platform compared with what most Hadoop users have deployed thus far.

Why Intel wants to push its own version of Hadoop

Boyd introduced partners such as and Cisco, which has tuned the Intel Hadoop distribution for its own servers. Intel also hosted a panel that included executives from SAP, Red Hat and Savvis to discuss the challenges of big data and the promise of Hadoop and big data.

Davis was up front about Intel’s rationale for releasing its own distribution, namely that it was worried about the fragmentation and possible uncertainty associated with current Hadoop distributions. That could be read as a dig against the many startups already offering Hadoop distributions, all of which are slightly different (of course, Intel’s will be slightly different, too). Like all of the existing players such as Cloudera and MapR, Intel will open source certain aspects of its distribution, but will also keep software to itself.

Inside the data center, it’s no longer just web servers that matter

For example, Davis stressed that Intel will not share its management and monitoring software, which could be highly valuable for enterprise customers. The Intel software could coordinate with Intel’s data center management software and make managing a variety of workloads easier. And hidden in that coordination might be one Intel’s aims in pushing its own version of Hadoop — the threat of ARM chips used in Hadoop clusters.

Dell, Calxeda and others are evaluating the use of lower-performance, lower-power chips in Hadoop clusters, a market Intel would hate to cede in the data center as data grows and analytics becomes more important. To that end, Intel has also optimized its Hadoop distribution for solid-state drives, something that other Hadoop companies haven’t done so far.

So while Intel may tout stability and consistency as the reason for it’s decision to become a major player in the software market for big data, it’s also driven by the changes in the data center that threaten the grip Intel has on the hardware inside the data center. The cloud and big data has changed the workloads and hardware requirements for the data center and Intel is playing the long game in trying to release software that can be tuned to its chips. By Stacey Higginbotham read more