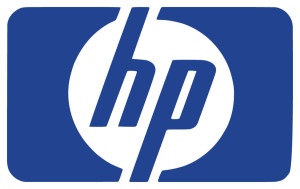 HP, in partnership with Intel, significantly expanded the capabilities of its forthcoming line of Project Moonshot servers by adding support for a new class of low-energy Intel Atom C2000 processor family, code named Avoton, based on the Silvermont micro-architecture.

According to John Gromala, senior director for hyperscale management at HP, the Moonshot Proliant m300 series will make use of up to eight 2.4GHz Atom C2000 processor cores and 32GB of memory to support a range of applications running primarily on top of NoSQL and New SQL databases.

While it’s not clear to what degree platforms such as Project Moonshot will replace traditional Xeon-class processors in the data center, it is almost certain that a significant percentage of enterprise-class workloads will be running on these systems in the second half of this decade.

Driving that adoption will be the need to reduce power consumption and also the insatiable thirst many Big Data applications have for memory, and Intel or ARM low-energy processors will be a less expensive way to provide such large amounts of memory.

Of course, managing data centers made up of different classes of processors will remain a difficult challenge, but the data center itself may be significantly smaller than it is today. Although, if HP and Intel have their way, data centers may be operating on levels of unimagined scale.

While HP is still testing Moonshot servers, Gromala says it’s clear that the number and types of workloads that can be efficiently run on this class of servers is only going to continue to grow. Of course, the challenge is that while the overall data center environment may be smaller, it won’t be any simpler to manage. By Mike Vizard Source