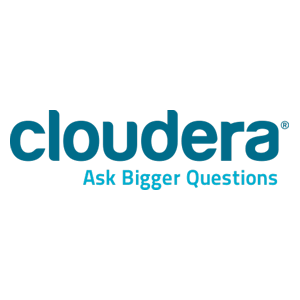 Taking note of how customers have been working with its Hadoop distribution, Cloudera has expanded the scope of its software so that it can serve as a hub for all of an organization’s data, not just data undergoing Hadoop MapReduce analysis.

Some of Cloudera’s enterprise customers have “started to use our platform in a new way, as the center of their data centers,” said Mike Olson, Cloudera’s chairman and chief strategy officer.

“We think this is a very big deal. It will change the way the industry thinks about data,” Olson said.

Cloudera has released a new beta of its commercial distribution, Cloudera Enterprise, that provides tools for managing an organization’s data, as well as tools from Cloudera and third parties for data analysis.

Olson announced the beta of Cloudera Enterprise 5 at the O’Reilly Strata-Hadoop World conference, being held this week in New York.

“It used to be that an organization had lots of balkanized data silos,” Olson said. “The stuff that you used to run on a data warehouse because you had no choice, now you can run on the hub.”

Putting the data in a Hadoop-based storage repository has many advantages, Olson argued. You can run different types of analytical workloads against the data in the hub. It can easily feed data to other systems, such as content management systems. It can work as an archiving system.

An enterprise data hub, Olson said, can store data as it is generated, even if the organization isn’t sure how the data will be needed. Such data may be valuable later for machine learning analysis or other uses not considered.

An enterprise hub also puts security and governance mechanisms in place to safeguard the data. Cloudera has been working on these tools for several releases, Olson said.

“Our ambition is to draw more workloads in and make the hub more valuable over time,” he said.

Part of Hadoop’s newfound ability to act as a data hub comes from software additions in the latest version of the open-source software, Apache Hadoop 2, on which Cloudera Enterprise is built. read more