AI, IoT and the Future of Smart Homes 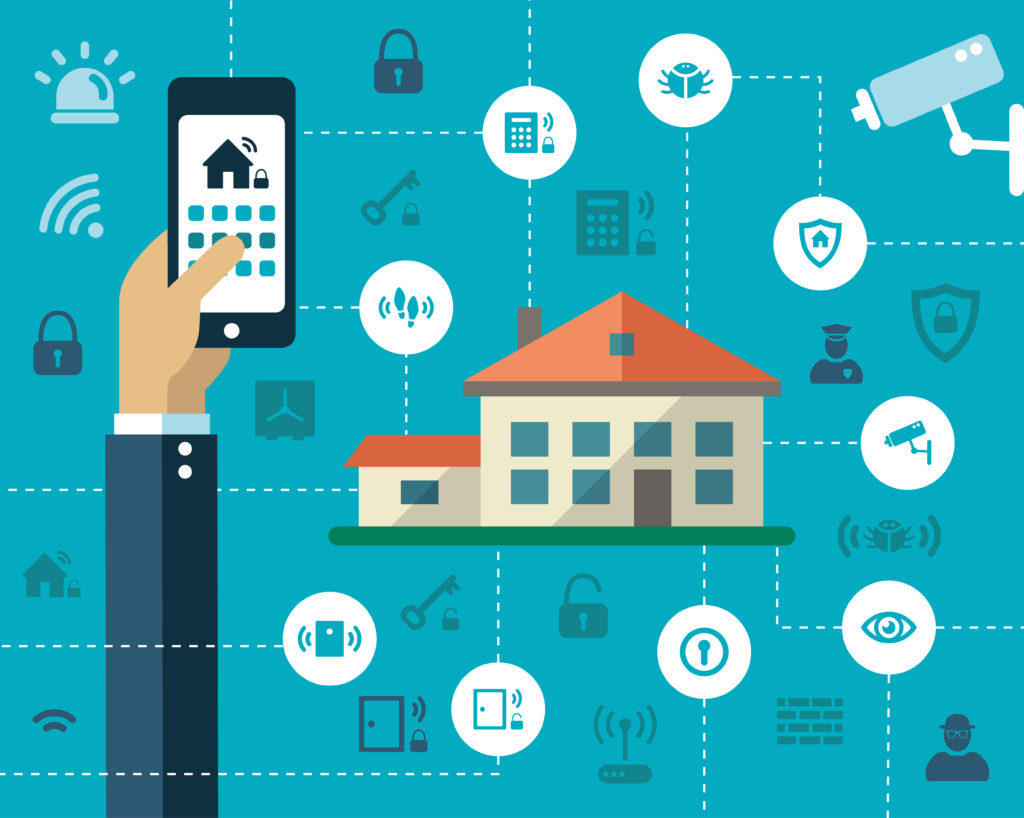 By the end of 2020, based on current projections, humanity will have strung together a network of some 31 billion internet-connected devices. Major industries involved in digital transformations, such as manufacturing, represent a major share of that total. The consumer smart home market is also driving our use of IoT devices inevitably upward. In 2022, research says the worldwide smart home market could be worth more than $53 billion and represent millions of connected devices in its own right.

This raises several questions. Just what is a smart home? How are the IoT and other technologies, like artificial intelligence, changing how we live? What are the implications of all this connectivity — both positive and negative? There’s a lot to learn here, so let’s begin with the basics.

In 1997, U.S. News & World Report revealed the inner workings of Bill Gates’ futuristic mansion, called Xanadu 2.0. When we picture our ideal smart home today, we imagine something Gates had already envisioned and built back in the 1990s — a home where technology is always present, but never intrusive, and always attuned to our needs:

Just a couple of decades later, the technologies required to realize this vision are increasingly accessible by regular folks, and not only those who built empires in their garages.

Every major and minor technology company has its eye on consumer-grade automation and staking a claim in our kitchens, living rooms and man caves. Google bought Nest because it had the software, but not the hardware, to bring intelligent automation and convenience into our homes. Apple’s HomeKit and Samsung’s SmartThings provide single access points for hundreds of hardware makers who want to bring their own connected doorbells, light switches, window blinds, smart speakers and bathroom scales into these companies’ respective ecosystems.

The goal of the nascent but rapidly growing smart home market is to bring automation into our everyday lives and streamline everything we do. If it’s done correctly, this technology doesn’t become a hurdle and it shouldn’t require burdensome setup or baby-sitting. Like Xanadu 2.0, it simply recedes into the background and lets us live our personal and professional lives while spending less time on mundane tasks.

AI is at the heart of it all.

How Does Artificial Intelligence Enter the Mix?

A company called X10 introduced some of the first commercially accessible home automation products in the late 1970s. The company is in the middle of reinventing itself today, but it managed to throw down the home automation gauntlet with one-way control devices that let homeowners manage their lighting and security systems from a distance.

The Internet of Things expands that basic concept into a two-way street. The IoT isn’t just a way to issue commands to home systems — it also lets those systems talk back to us and each other. AI is the key to building cohesive and increasingly intelligent networks of devices to power our homes and our lives.

At CES 2018, Samsung, LG and other major tech companies laid out their vision for smart homes powered by internet connectivity and artificial intelligence. In LG’s case, the company boasts that all its consumer-level home products ship with Wi-Fi-ready status. It’s designed the ThinQ IoT product line from the ground up to become smarter over time thanks to machine learning.

Our houses now can learn about our habits and preferences and change their behavior accordingly. This is some of the promise of AI in the smart home:

The combination of sensors, internet connectivity and artificial intelligence means our homes are becoming comfier, more convenient and even more proactively attuned to our needs. Naturally, all this newfound reliance on wireless communications comes with major security and privacy caveats.

Even though machine learning is one of the drivers of these smart home trends, it also points a way toward resolving some of our security concerns.

For a look at some of the worst case scenarios that can arise from this patchwork of hardware and software entering our homes, let’s acknowledge recent history’s high-profile IoT-based cyberattacks. Mirai botnet, Stuxnet, Brickerbot and several other large-scale attacks leveraged a two-pronged failure in our current mode of deployment for IoT devices: a shortage of security features out of the box and the lack of attention the general public pays to patches and software updates.

From DDoS attacks to direct assaults on personal and commercial networks in the hopes of stealing privileged information, it’s become clear that the IoT, including home automation, is low-hanging fruit for tech-savvy saboteurs and thieves.

Consider, too, that the world of real estate law is already replete with complex liability requirements for property management companies as well as private homeowners. We may soon have to answer questions about smart apartments — such as where liability resides if a renter’s personal information is compromised by the on-site technology systems.

We have options for fighting back the tide of IoT-based crimes, though — and it leverages the very thing latter-day smart home appliances rely on to deliver intelligent feature sets: artificial intelligence.

If homes and businesses will soon and forever host more connected devices than people, it means we need something stronger than device-level password protection and endless security patches. Some tech experts recommend we deploy machine learning at the network level that can remember patterns in device usage and network traffic and head off malicious activity before it gains a foothold.

Another solution involves the creation of open-source libraries of lightweight security measures, which device manufacturers can incorporate into their smart home devices without adding to their time-to-market or compromising their competitiveness. Competition reigns, but cooperation creeps in at the edges in the name of consumer protection.

There’s incredible potential in the IoT, smart home technology and especially in artificial intelligence. It’s vital that we match our ambition with security-mindedness if we want to keep ourselves — and our households — safe from harm.

The post is by Nathan Sykes, a business writer with a passion for tech and IT. To see more posts by Nathan, you can read his blog, Finding An Outlet, or follow him on Twitter.

The role of IoT in protecting the environment

Technology is a catalyst for change. However, while technologies like the Internet ...

Data engineering is fascinating, if not fulfilling career. You are at the ...

« Advantages of Linking Cryptocurrency with Your Wage and Pension Programs
How Can Artificial Intelligence Help Fintech Companies? »